In 2011, the 800th anniversary of the laying of the first stone of the Cathedral of Reims, the "Association Renaissance des grandes orgues de la Basilique St-Remi" initiated an exceptional musical project: in homage to the famous Nicolas de Grigny, the titular organist of the Cathedral of Reims from 1696 until his premature death in 1703, five contemporary composers were commissioned to compose a new work for organ. A complete cycle of pieces became the catalyst of their new compositions: the five hymns by de Grigny. Among the leading names of our time five composers were selected: Vincent Paulet, Pierre Farago, Thierry Escaich, Jean-Baptiste Robin and Benoît Mernier. Each composer chose one of the hymns destined to become the ferment of his own composition.
Between 2011-2014 these new compositions found their place in the context of a series of concerts. Accompanied by her historic "Double", they caused noticeable reactions of the audience, which was carried away by the boldness and originality of this project! Each piece was interpreted by his own creator, with the exception of two: the two titular organists of Notre-Dame in Paris, Vincent Dubois and Olivier Latry, performed the works of Thierry Escaich and Vincent Paulet.
To preserve a permanent trace of these great experiences, is the main objective of the present recording, which was supervised by Aeolus producer Christoph Martin Frommen in September, 2015. The recordings took place in the Basilica St.Remi at Reims featuring the beautiful Bertrand Cattiaux organ (2000, III / 45) which is a perfect instrument not only for contemporary music but also for french baroque organ repertoire.
This double SACD album thus offers five world premieres of fascinating contemporary organ music, combined with the five hymns by Nicolas de Grigny.

A must have for everyone who loves highest quality organ recordings! 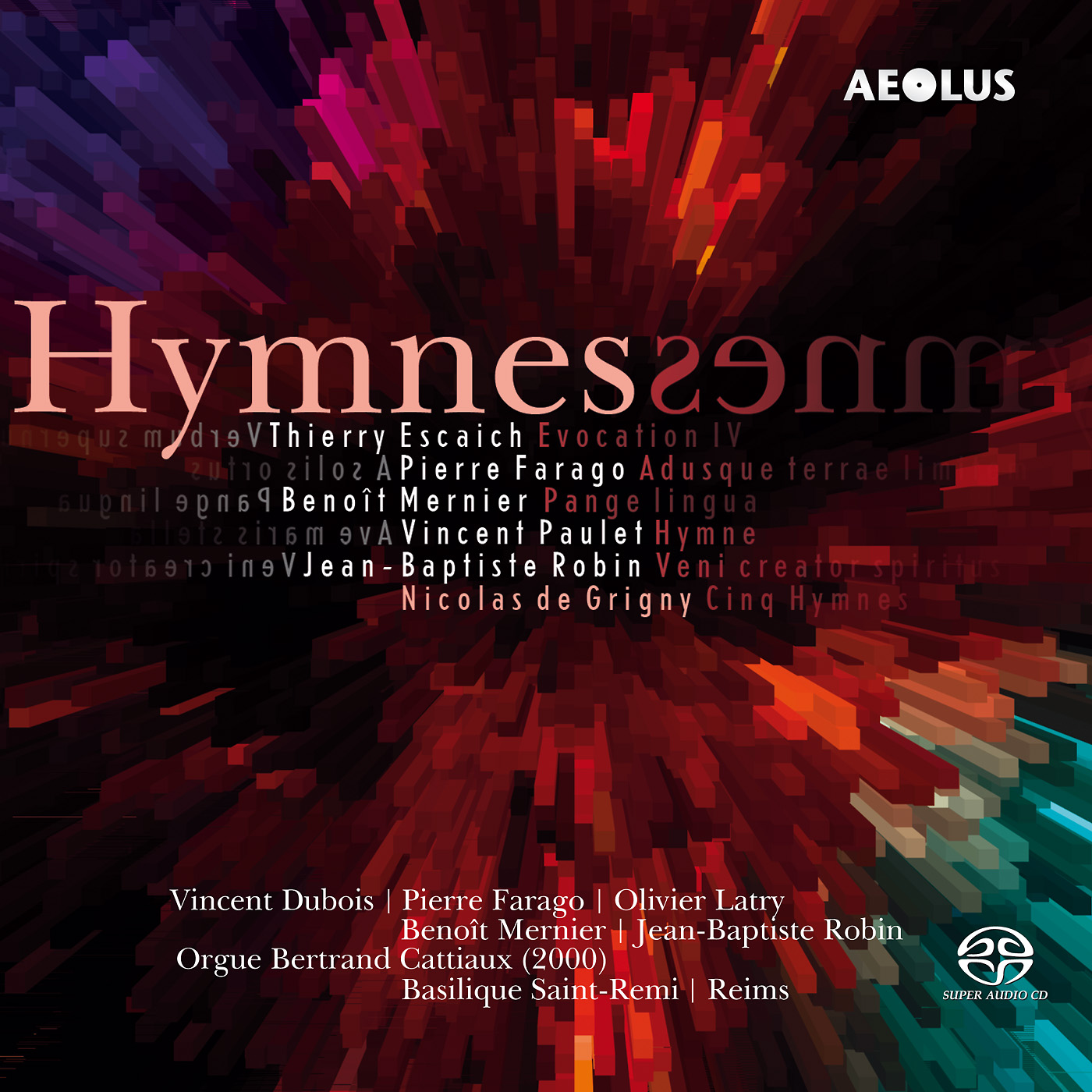